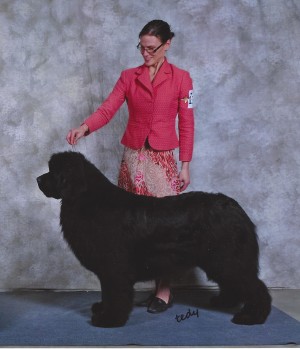 2014 – Chaos only made it in the show ring one wknd this year, but is now sitting on 9pts and won BEST BRED BY EXHIBITOR IN GROUP, with Mac