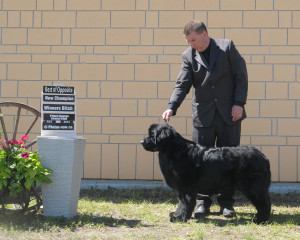 2014 – “The OTHER” Christine and London made their debut in the show ring in July and were awarded BEST BABY PUPPY IN GROUP all THREE days!

2016 – LONDON came out to play for the first time since her solo puppy show and went home with her first 4pts! Next time out, she obtained her Championship…thank you for handling her Mike! Next stop…the Obedience/Rally rings!