In Memory of Maizy…

(and as Steve called her…Mocha-Maizn’ animal in the world) 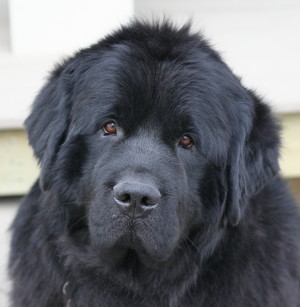 2013 – Maizy completed her Championship, obtained all clearances, and is attempting carting

Maizy was in labour with the last pup stuck in the birth canal. Our only choice was an emergency c-section to remove the pup; however, the on call vet (not my clinic) chose to spay her at the same time, without our authorization, even though we expressed our extreme concerns against it!  As feared, despite all best efforts by my vet clinic, she bled internally 4 days later and we had to say goodbye.

PLEASE NEVER ALLOW AN ELECTIVE SPAY “AT THE SAME TIME” AS A C-SECTION! The vessels are engorged and you will be putting your girl at a high risk to bleed internally and die.

Our grief had us sitting on the edge, wondering if we would ever breed again. After careful consideration, and a lot of support, it was decided that to stop breeding would be a disservice and she would have died in vain.