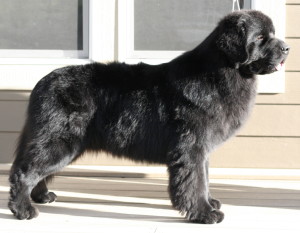 2012 – First wknd out and Morley came home with Best of Winners for 4 more points toward his Canadian Championship, as well as, Reserve Winners Male at the BC Regional Specialty

– Morley finished his Championship with a Group 2